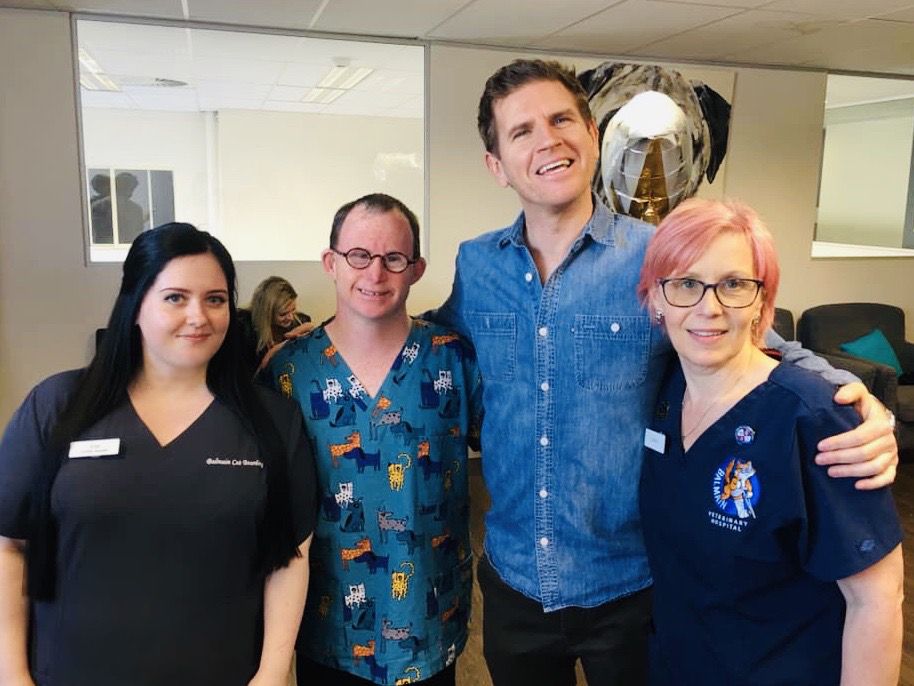 Written by Balmain Cat Boarding on October 28, 2019. Posted in Media.

In case you missed it, Balmain Cat Boarding had the honour of appearing on Channel 7’s Sunrise show on the morning of Monday the 21st of October.

Our facilities were visited by host Sam Mac and his entourage, and were the feature of a total of seven live crosses in which Sam met with some of our guests and staff, swapped stories, toured our rooms and play pens, and checked out our fine dining menu options.

Host Sam is besotted with his rescued Burmilla named Coco. So much so in fact, that he has openly joked about her being the only special girl in his life. We hope to see the two bound in holy meowtrimony – honeymooning in none other than our Meow-Ldives suite of course!

We were also joined by some of our most loyal boarders, Gino and Audrey who always travel in style in their pet pram, Arfa who is aptly named due to his half-a tail, moustache and ear, and Alfie aka Office Cat who has a whopping 10,000 likes on Facebook! The Cat Protection Society were represented by Feline Services Manager Nerida Atkin who had her three adorable foster kittens in tow to help spread the message about the importance of early age desexing.

It goes without saying that we here at Balmain Cat Boarding love cats. It’s so exciting and rewarding to see such interest and support of our unique hotel, and to know that we are all share the common goal of spoiling our feline friends.

Give your cat the five-star treatment they deserve.

Call us today to book!